This is an article I've been working on for a long time, and have just managed to find the right encouragement to finish it due to recent research in the subject. Unlike most of my research articles, this one is specifically for someone who is very important to me, and by extension everyone who suffers from repetitive negative thinking but aren't sure why. I'm hoping it will improve their understanding, or just help them in some way, in figuring out the potential causes or cures for their symptoms.

If I were to pinpoint the one general topic that brought me into psychology, it would be mood disorders. Mood disorders, such as depression or mania, have always been of great interest to me, primarily because many people I have known have suffered from them, including myself. The people who read this who have shared such experiences know that these types of things are not something a person just cures or recovers from: one learns to cope with them, and adaptation is often spontaneous or a result of ad hoc motivations and encouragements. Still, even during these more constructive times, symptoms will still persist. One of these, which is quite familiar to me and many others, would be repetitive negative thinking, or RNT.

While most people would just describe this as a general descriptor of how they feel or what they're going through, it's actually a clinically significant term that lends a lot of research in the field of psychology. RNT is defined as abstract, perseverative, negative focus on one's problems and experiences that is difficult to control. RNT has been found to prolong negative affect, or the character trait of having negative emotions, and impair cognitive, behavioural and interpersonal performance. Individuals who suffer from RNT usually develop it during adolescence, after which it becomes difficult to stop. This is very important for clinical purposes, as it informs the priorities in intervention and prevention of RNT.

RNT has been associated with numerous stress and mood disorders, including generalized anxiety disorder (GAD), major depressive disorder (MDD), post-traumatic stress disorder (PTSD) and social anxiety disorder. While repetitive thought (RT) is generalized and can have either positive or negative consequences, RNT can be reliably distinguished from other RTs such as obsession or functional repetitious thoughts, thus many have supported it as a transdiagnostic process. This implies that it is of clinical and theoretical significance and interest, and has led many researchers to consider causes or risk factors for RNT, but the research is still open, one reason being that researchers do not always approach RNT from the same perspective or measurement. In this post, I would like to address primarily the risk factors for RNT and its similar descriptor, ruminations, and possible preventative measures or cures. The reason for this is while RNT is symptomatic of individuals with mood or stress disorders, it is also in itself a risk factor for those disorders, and so treating it as early as possible can be crucial for childhood development and adolescence. 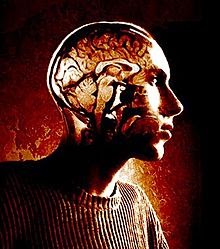 One risk factor for RNT and ruminations is early family context and child temperament. Early family contexts which are characterized by over-controlling parenting or negative-submissive expression predict high levels of RNT -- or as its characterized in the study, adolescent ruminations. Further, child temperament moderates this association. Children with negative affect and low levels of effortful control, the ability to suppress a dominant response to perform a subdominant response, show an additional influence on adolescent rumination. This means that children who are prone to think negatively, but are less likely to suppress domineering behaviour from their parents, will be at even greater risk of adolescent rumination than children who only have the early family context. To counter this, some researchers have suggested that intervention models are preferable, and that intervention should occur as soon as possible to prevent the development of ruminations.

Another risk factor is being the child of a depressed mother. Children of mothers who have a history of major depression are at higher risk for ruminations than children with mothers who have no such history. This also coincides with prior research which shows that children of mothers with depression are 3-4 times more likely to be diagnosed with depression as well. In addition, children who have past histories of depressive episodes and ruminations are more likely to exhibit such behaviours currently than those who have no such history. The nature of these relationships has been suggested as environmental in nature, as the study at the beginning of this paragraph suggests, or genetic. The most popular explanation for the latter association is responsive, meaning that how you respond to your own depressive behaviours can have prolonging effects.

The genetic explanation is not without evidence, though, in a general sense. Research has examined the relationship between the serotonin transporter polymorphism 5-HTTLPR, the brain-deprived neurotropic factor polymorphism BDNF Val66Met, and ruminations. Individuals with two short alleles of the 5-HTTLPR polymorphism or two Met alleles of the BDNF Val66Met polymorphism have been shown to ruminate more under conditions of life stress than those with other genotypes. Furthermore, accumulation of these risk alleles across genes is associated with higher levels of rumination. This suggests that these two polymorphisms moderate the relationship between life stress and ruminations.

One final risk factor for RNT is gender. Women are much more likely to ruminate than men, specifically during depression. While it has been suggested that men are more likely to attempt to distract themselves during depression, this has not been substantially supported by the data, and would still be consistent with the maintenance theory; that is, ruminations may serve as a distraction from depressive symptoms. In addition to its particular applicability here, the higher risk for RNT in women may also explain the higher prevalence of depression in women than in men.

The reasons for expressing RNT are numerous, but this doesn't get to how to prevent it. As mentioned earlier, some researchers have suggested that intervention methods at an early age would be most effective, since RNT is persistent and can start to develop as early as preschool. This seems to be the most favoured approach, however what of individuals who suffer from RNT but are too old for intervention methods, or individuals who received intervention but still exhibit RNT? What can be done for them?

Working off the maintenance theory, cognitive avoidance strategies may have a paradoxical effect on RNT. Individuals who try to place emphasis on suppressing RNT and ruminations unintentionally place greater focus on the thoughts themselves, and make it harder to get rid of them. In addition, by increasing their likelihood of reoccurring or persisting, avoidance strategies have negative long-term consequences by decreasing the individuals experience in coping or dealing with RNT. This suggests that the best way to deal with RNT is not to suppress the thoughts, but reflect on them; and as ruminations are characterized by focusing on the consequences of certain events and actions, to try to "think positive," which is, of course, easier said than done.

Finally, it may be good to just talk about things; thinking and talking about persistent negative thoughts, in the right circumstances, can result in healthier individuals. Healthy self-disclosure can be beneficial to individuals suffering from RNT if their experiences sharing their feelings result in an increased understanding about the source of one's problems; in which case, I hope this article helps in itself. Individuals who disclose their feelings in the context of supportive relationships can experience growth and benefit in dealing with RNT and ruminations, and so confession can be a viable option for individuals suffering from them.

More research needs to be conducted concerning the causes of RNT; however, multiple associations have been made, and some of the ones discussed in this article are quite rigorous in nature. Multifaceted approaches in examining the causes of RNT may help reconcile for the differences between disorder-specific research and transdiagnostic approaches. This can help us better understand the nature of this affliction and improve our resources in knowing how to deal with or prevent them, so as to develop the onset of depression and other mood/stress disorders as well as promote healthier, happier individuals.