A study by Gilens and Page entitled "Testing Theories of American Politics: Elites, Interest Groups, and Average Citizens" was released recently by Princeton University, and it seems that everybody has jumped on the bandwagon (the arrival of which I was unaware of) to claim that this study "finds" that the United States is an oligarchy. This has gone viral and received so much attention, yet it somehow swept under my skeptic's radar until late this morning. This is another one of those situations where I can't tell which people are being bitchy and which people are just being dishonest (or ignorant).

Regardless, I decided to look into the study. 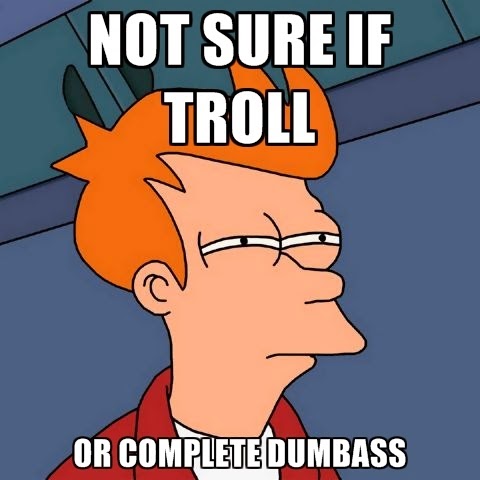 The specificity of my radar hardly encompasses political issues anymore, and I have become quite familiar with how media reports on scientific findings are very disconnected from the actual findings. It seems that the same thing goes on in political theory. When a political scientist tests the theories of politics, they are not looking for a definitive answer like "the United States is an oligarchy" -- rather, they are looking for practical answers such as "the United States has a strong economic elite, and the populous needs to mobilize and consolidate their interests." Nevertheless this study by Gilens and Page is doing the latter, and people seem to be taking it for more than it's worth (and deciding on the former).

The study's primary findings can be summarized by saying: "in the United States, there is a strong economic elite (the top 10%) that has strong influence in policy making, while the lower 90% are not so influential." People take this and say "we have an economic elite that is controlling everything! Oligarchy!" It's ridiculous for so many reasons, and not just the fact that they ignored what the study actually said.

Firstly, the idea that "majority rule" is the defining concept of democracy is very popular, especially in America, but is nonetheless ill informed. For the purposes of political theory, there are defined conditions for democracy, and there is much deliberation over whether or not a political system meets those conditions. Personally, one of my favorite political scientists/theorists is Francis Fukuyama, who defined a democracy (or a modern liberal democracy) as meeting the following requirements:

Now, right off the bat, we can see that this has absolutely nothing to do with representation, but instead, the structure and limitations of a political system. Who would argue, then, that the United States is a failed state? That government officials in the US are not afraid of rioting and loss of voter support if they do something wrong? That the law operates by "rule of the wheel?" Furthermore, if the United States were so overwhelmingly controlled by the economic elite, social programs would not exist. Immediately, the idea that the United States is an oligarchy strikes me as being unrealistic and rather whiny. Why whiny, though?


"Oligarchy... a government in which a small group exercises control, esp. for corrupt and selfish purposes."

For one, I'd like to note that they use the Webster definition, which is about as broad and ill informed for political theory as using Oligarchy USA itself as a source. Notice the general words "corrupt" and "selfish" -- it's up for so much interpretation, especially for whether or not it applies to the US. Let's make it a bit less general and subjective and use the Oxford definition, which still isn't that great, but is better than Webster:


"A small group of people having control of a country, organization, or institution."

Okay, so now we have something to ask: does the top 10% actually control the United States? Sure, there is a massive wealth gap, and sure, that translates to political power, but do they really control the United States? When we realize that the power of big business and bureaucracy is largely reliant on constituent support, they're little more than figureheads of representation. This leads me to one of my biggest concerns with the methodology of the study: that they controlled for the desires of the elite to determine that the "average citizen" doesn't have much influence. But in examining their 1,779 policy issues (ones which were not chosen by significance, or perhaps more importantly, media coverage), they failed to answer the question "did the desires of the majority align with the economic elite?" Indeed, the voting system of the United States is structured around the idea that there are representatives for large groups of people, and those representatives speak on behalf of the desires of their constituents. If they don't, they lose their seat (i.e. accountability).

Just because there is a wealth gap doesn't necessarily mean that there is a huge disconnect between the common 90% and the top 10% in their desires. In fact, I think it's more likely that the groups within the 90% would have more conflict, since that 90% consists of lower, middle, and upper-middle/upper class citizens. They are also much more divided by other factors, including demographics, race/ethnicity, and so on. Let's face it, the top 10% are very similar, and thus it is much easier for them to aggregate their interests, whereas for 90% of the population, it is much more difficult.

Not only did the authors of this study acknowledge that this was a gap in their conclusions, but they emphasized it as a key point of their conclusions: that the average American citizen, generally, is bad at mobilizing and organizing their efforts. Thus, they rely on mass membership organizations. In fact, the authors of this study said that these mass interest groups are also very important in playing the political game in America.

So, the authors were not saying that America is an oligarchy with a domineering elite, since (as I'm sure the authors acknowledge), the existence of a wealthy elite does not automatically mean they have complete control over the government (unlike what the Washington Times would claim). So, what were the authors trying to say?

The study suggests that America may became an oligarchy in the future if advocacy groups and labor unions go by the wayside. They also suggest that the average American needs to start organizing and participating with consolidated interests and loud megaphones. This is pretty spot on considering there was only a 57.5% voter turnout in the 2012 election.

Lastly, this study only examined policy decisions (which people may or may not have even known about, or seen as important) between 1981 and 2002. The recession was in 2008. If it took the authors this long to finally tell Americans that wealthy people matter, and because of this study, Americans are screaming "oligarchy," then I'm not sure if it says more about the study itself, or the knowledge of the average American citizen. Furthermore, what was it like during other periods of time? What about now? If the American government is anything, it's plastic, because the way things are done changes as frequently as every four years.

Of course, this is going to get peddled around for a few more days, because questioning the democratic nature of America is profitable. This only proves that the average citizen is completely unaware of the impact of their participation in government and the articulation of their interests. That'll only make it worse for them, and it proves the point that the study was trying to make (but was so easily ignored). Thus, I fear for the welfare (see what I did there?) of the average American citizen.

Thank you very much for reading.